ElsaMarie D’Silva is currently the Founder of Red Dot Foundation and President of Red Dot Foundation Global, (Safecity) which is a platform that documents sexual harassment and abuse in public spaces. She is responsible for the strategic vision of the organisation, business development and public relations. Under her guidance and leadership, Safecity has become the largest crowd map on the issue in India, Kenya, Cameroon, Nigeria and Nepal.

Beyond Black is another of her social entrepreneurship ventures.

She is a 2020 Gratitude Network Fellow & 2019 International Women's Forum Fellow, 2019 Reagan-Fascell Democracy Fellow, 2018 Yale World Fellow, 2017 Stanford Draper Hills Summer School Fellow, 2017 Chevening Gurukul Fellow at Oxford University, 2016 Rotary Peace Fellow, 2015 Aspen New Voices Fellow, 2014 Vital Voices Lead Fellow and an alumna of the Swedish Institute (2012) and the US Department of State's Fortune Program (2016) and a participant of the Global Entrepreneurship Summit 2016. She represented Safecity at the Fast FWD accelerator programme that was an initiative of the City of Philadelphia, USA as part of the Bloomberg’s Mayors Challenge in February 2014.

She also has a conversation series "beliEVE" (with Aawaz), "Global Girls" (SheThePeople) & "Amazing Grace" that interviews contemporary women leaders with the aim to provide young girls with role models who inspire.

She is part of the Policy Strategy Group on World We Want 2030 People’s Voices and Action Platform for advancing Agenda2030 - SDGs - comprised of UN entities, CSOs, private foundations, bi-lateral, academia, media and youth led-organizations. She is also a member of the United Nations Inter-Agency Network on Youth Development.

She has penned several articles that have appeared in CNN, Huffington Post and the WIP and her work has been featured by the BBC, Guardian, Swedish TV and many more. She has spoken about her work at the Aspen Ideas Festival in June 2015, TEDx MidAtlantic September 2015 and City Lab London October 2015. Her wiki page can be accessed here.

She has contributed a chapter to the book Development as Dignity published by Aspen Institute and launched at the Aspen Ideas Festival 2018.

She is an Empathy Circle and Open Space Technology Facilitator, a trained counsellor in both the Robert Carkhuff method of counselling and the Rational Emotive Behaviour Therapy (REBT) method. She has so far conducted workshops on sexual harassment awareness for over 10,000 people ranging from 6 - 60 years of age in Mumbai, Delhi, Rajasthan and the US.

Prior to Safecity, she was in the aviation industry for 20 years where she worked with Jet Airways and Kingfisher Airlines. Her last portfolio was Vice President Network Planning & Charters where she oversaw the planning and implementation of 500 daily flights. She also represented Kingfisher Airlines at the Ministry of Civil Aviation with regards to bilateral agreements and other planning related matters. She was also the Presiding Officer of the Internal Complaints Committee at Kingfisher Airlines.

She decided to make a career switch in 2013 as she wanted to focus on empowering women and youth using technology.

You can contact her at elsa@reddotfoundation.org for Speaking Opportunities and workshops on Sexual Harassment at the Workplace and Holistic Life Mapping. She also does personalised life coaching and counselling.

Sellah King'oro who attended her training session on using Twitter for Social Good. 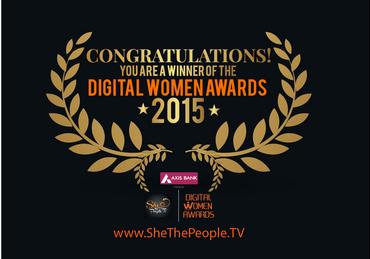 "Vision without action is just a dream, action without vision just passes the time, and vision with action can change the world."